Fire Marshal’s Office is open by appointment only.

This email address is being protected from spambots. You need JavaScript enabled to view it.
951-770-6010 Fire Permit Technician

Bill Atwood
951-401-9104
This email address is being protected from spambots. You need JavaScript enabled to view it.

The mission of the Pechanga Fire Department is to minimize the loss of life and property resulting from fire, medical emergencies, and other disasters through prevention, education, fire suppression, emergency medical service and emergency preparedness, while maintaining fiscal responsibility.

The Pechanga Fire Department (PFD) protects the citizens and infrastructures of the Pechanga Reservation. The PFD keeps Pechanga Tribal members, our elders, our children and their homes safe from the ravages of California's wildfires.

From inception, the volunteer fire department took about a year to become fully operational. Once established, Pechanga residents and employees’ sense of protection and security for their families, homes, workplace, and heritage strengthened.

Through discipline and dedication to prevent fires and provide emergency medical services, the Pechanga Fire Department leads by example, continuing to build professionally, efficiently, and with respect to the history of the Tribe.

As of 2022, the Pechanga Fire Department has dedicated more than 25 years of excellence, with future goals to continuously advance the department as the best Tribal Fire Department in the United States and across Indian Country.

The PFD looks to the future and sees continued growth and prosperity of the growing economy of the Pechanga Band Indians and vows to perpetually protect the Tribe. The department stands prepared to face future challenges, determined to approach transformation with professionalism and the best level of service in the arenas of fire suppression, prevention, public education, and EMS and rescue programs.

The Pechanga people and their history are rooted deep into the land of the surrounding valley. The Pechanga Fire Department will make certain these roots continue to be nourished, protected and preserved, ensuring economic viability, a better way of life for the Pechanga members and residents, and the entire Temecula Valley.

From Origins to Legacy

From the volunteer to full-time employment phase, the Tribe continued to expand and develop homes, governmental buildings, and infrastructure on the Reservation. Simultaneously, the Tribe's business holdings increased with the development of a successful casino and the demand for expansion grew. As additional sources of revenue for the Tribe, a Pechanga Gas Station and Pechanga RV Resort was built adjacent to the casino. It was decided the volunteer fire department needed to transform into a full-fledged full-time fire department.

In April 1999, three of the original volunteers, along with six others, were hired to operate the full-time Pechanga Fire Department. Three captains, three engineers, and three firefighters comprised the original team. As the department progressed, the team added a new type I American La France engine to the department, allowing for an operational 48/96 schedule. Growth paralleled the continued building on the Reservation and the construction of the 14-story Pechanga Resort & Casino (PRC). In October 2003, to keep up with the demand, twelve additional personnel were brought on to staff the new American La France 100-foot Tiller Quint. In November 2011, the department became an Advanced Life Support (ALS) provider. As the Fire Service in California broadened, so has the Pechanga Fire Department

Fire Service in California broadened, so has the Pechanga Fire Department.

Twenty-three years since the Pechanga Fire Department (PFD) began, the force has more than tripled. Today, the Pechanga Fire Department employs 30 full-time fire professionals, including a Pechanga Tribal Member, a Fire Marshal/Division Chief, an Emergency Services Coordinator, a nine-member Fuels Management Crew, and nine reserve firefighters. The collaborative efforts of the Pechanga Fire Department utilize its four divisions, Training, Prevention, Emergency Medical Services (EMS), and Operations to minimize the loss of life and property resulting from fire, medical emergencies, and other disasters. It is through these effective targets that have promoted the growth of the department over 25 years from an inspired idea into a tangible asset representing Pechanga and assisting Riverside County and San Diego County with fire response and emergency services. 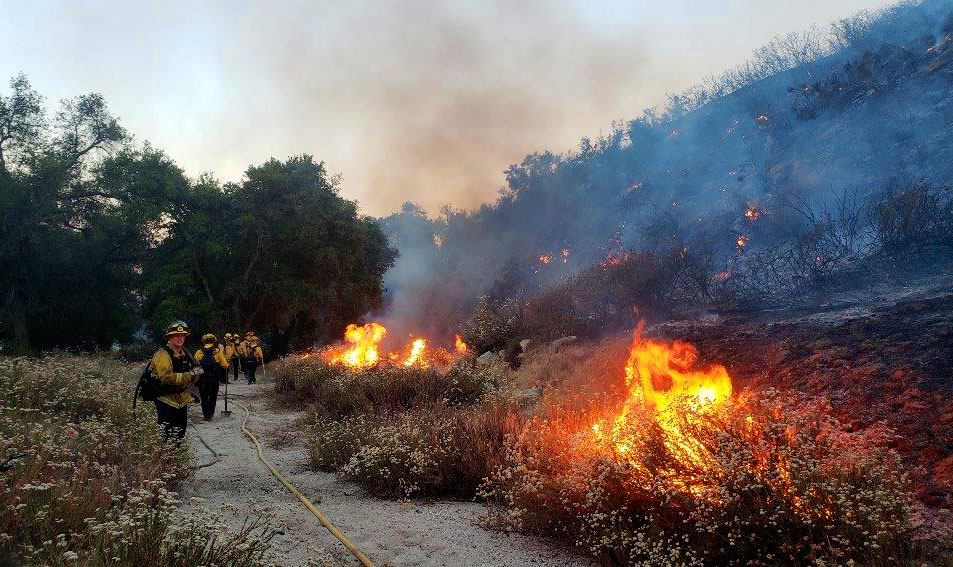 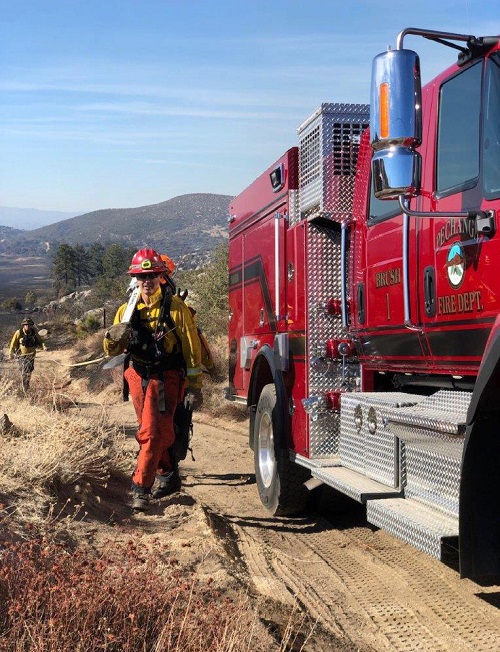 The Pechanga Fire Department has the responsibility of protecting the lives, property and economic development of the Pechanga Tribe and Reservation.

The Department protects 10 square miles of wildland urban interface and approximately 600 people who live on the Reservation and another 3,500 working in the Tribe’s establishments every day. As the West Coast’s largest resort/casino, Pechanga Resort and Casino requires advanced levels of fire prevention and management. The Resort internally comprises almost 1.5 million square-feet; it includes 200,000 square feet of a 24-hour gaming floor, two hotel towers, 1090-hotel rooms, a 40,000 square-foot events center, 12 restaurants, a 1200-seat showroom, an 18-hole golf course, a 4 ½ acre tropical pool complex, a 25,000 square foot spa facility, a RV Resort, and entertains upwards of 15,000 people on a daily basis.

The Fuels Management Crew (FMC) formerly known as the WUI crew, became a full-time crew of nine in 2021. They are responsible for removing flammable vegetation around the homes and infrastructure of the Pechanga Tribe and Reservation. This gives firefighters a better chance to defend homes should a wildland fire threaten the land. The FMC also maintains fuel breaks on the Reservation as well as working with the Cultural and Environmental Departments and the Tribe’s offsite properties.

In addition to maintaining security of urban assets and community members, PFD ensures the safety of the Tribe's historical and natural resources on the Reservation, including The Great Oak. The Great Oak, known as Wi’áaşal by Pechanga people, is recognized as the largest naturally grown indigenous coast live oak in the Western United States and embodies sacred meaning to the Tribe. PFD takes great pride and honor in protecting the land, community, and people of Pechanga.

Take a look into the significance and transformative growth of the Pechanga Fire Department by clicking on the image below! 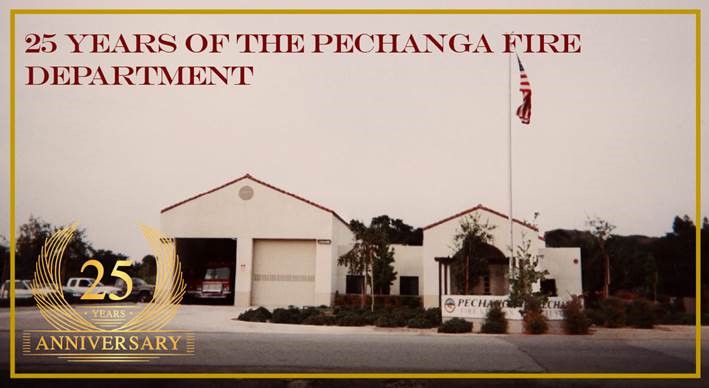