Formation of the Mission Indian Federation

The Mission Indian Federation (MIF) was a political organization established by California Indians to fight for Indian rights and freedom from the Bureau of Indian Affairs (BIA). The MIF was not the first Indian rights group in the United States, but it was the first group whose members were primarily from Southern California tribes. Membership included people from both recognized and non-recognized groups, including the Luiseño, Cahuilla, Serrano, Cupeño, Kumeyaay, Tongva, and Acjachemen, as well as some Native groups from as far-east as Kentucky. 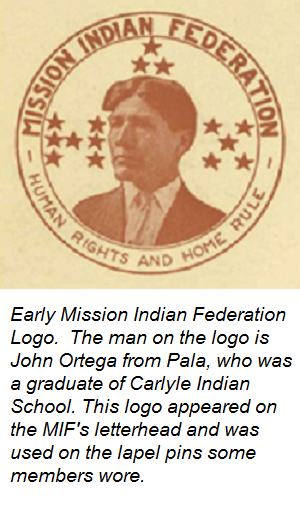 The Federation's motto, "Human Rights and Home Rule" was the core of their fight for civil rights and Indian autonomy on the reservations. At the time of the formation of the organization, Native Americans were not citizens of the United States. MIF members argued that it was unjust for native-born Americans to be denied U.S. citizenship rights when immigrants could become citizens after just a few years in this country.  They believed that Indians would never be treated as full citizens as long as the BIA was allowed to oppress and exploit Native people. Specifically, the MIF called for the dissolution of the BIA and its associated subsidiaries, the right for tribes to own their reservation lands, and the right to self-determination enjoyed by all American citizens.

Jonathan Tibbet, the son of pioneer settlers, had a history of interaction with Tribal leaders from several southern California reservations.  In October 1919, Tibbet had a conversation with reservation Captains regarding the oppressive control by government agents over the Native population. Shortly thereafter, the first official meeting of MIF occurred at Tibbet's Riverside home. As word spread about the goals of the Federation, membership quickly grew from 250 members to over 3,000 at the organization's height. 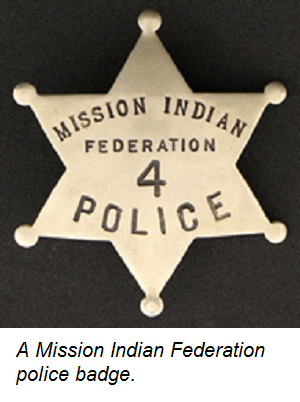 MIF members asserted their traditional rights to appoint their own political representatives as well as to arrest, try, and sentence offenders on reservation lands, which directly challenged federal authority.  As part of this goal, members elected an all-Indian Executive Council. A chief of police, captains, judges, and deputies were also elected for each reservation. In the early 1930s, Edwardo Garcia served as Pechanga's Federation Captain and Antonio (Tony) Ashman served as the organization's Finance Committee Chief.  Tibbet received the title of "Chief Counselor" and worked with the Executive Council as an organizer and advisor. Non-Indians were encouraged to join the organization and attend meetings; however, the Executive Council made all decisions regarding MIF affairs. 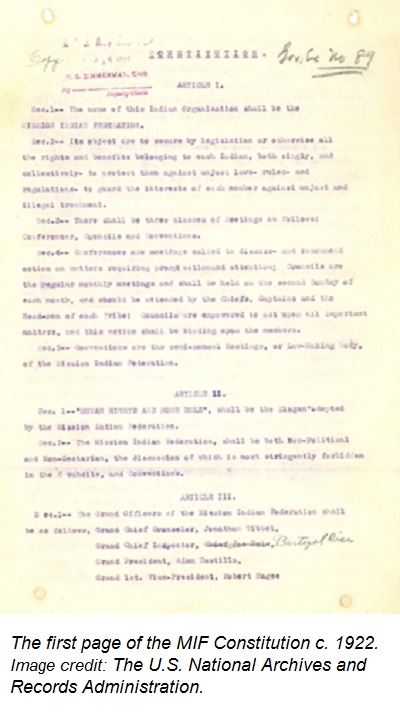 Jonathan Tibbet hosted semi-annual conventions at his home, and reservation Captains, members, and the public were given separate days to report to the Executive Council about their news and grievances. These meetings insured that reservation leaders and members met on a regular basis. Members received a button with the insignia of the MIF.  The organization also published a magazine, The Indian, which was introduced in April 1921 and published monthly for the first few years and then sporadically during the existence of the organization.  It educated MIF members about Indian affairs at the federal, state, and local levels.  The magazine also circulated news from the reservations.

The BIA felt so threatened by the Federation that on April 22, 1921, an indictment was issued for 54 members, with specific charges against Jonathan Tibbet, Joe Pete, B.H. Jones and F.U.S. Hughes on the grounds of conspiring to oppress the rights guaranteed by the United States Constitution and the alienation of the confidence of the Indians in the Government. Pechanga members Antonio Ashman and Antonio Trujillo were included in the arrests.  All charges except those against Tibbet were dismissed, and it was not until 1924, with the granting of U.S. Citizenship to Native Americans, that the charges against Tibbet were also dropped. 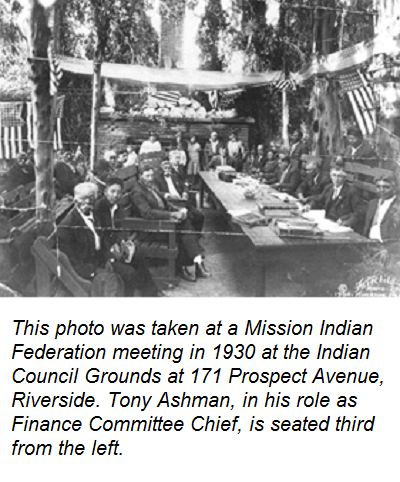 Membership began to decline in the 1930s, due to the passage of the Indian Citizenship Act of 1924 and the involvement of Purl Willis after Jonathan Tibbet's death.  Of these two triggering events, Tibbet's death had a greater impact on the organization.  While the Indian Citizenship Act of 1924 (also known as the Snyder Act) granted all Native Americans in the U.S. full citizenship, each state interpreted the Act differently.  In California, Indians who lived on reservations were still considered wards of the federal government, so the MIF still had a role to play for many California Indians.  Tibbet, on the other hand, was highly trusted by Indian MIF members to serve as the group's "outside voice," and in that role he was able to rally many different Native groups to a common cause. Tibbet's replacement, Purl Willis, was not as well liked nor trusted by some MIF members, and this lack of trust caused them to drift away from the organization.

In 1953, Congress passed Concurrent Resolution 108 and Public Law 280, which reduced the influence of the BIA on reservations.  With the passage of these laws, the MIF had finally accomplished its last major goal: full citizenship rights for Native Americans. Throughout the years, Pechanga members remained active in the Federation, and in the 1960s, Dan Pico was considered one of the leading members of the organization. By the early 1970s, the goals of the MIF no longer seemed relevant to younger generations, and the organization faded away.